Should I Hire a Structural Engineer for a Foundation Crack?

We got a call from a woman in Needham, MA who bought a house a month or two ago. She had a crack off the foundation window in the basement. I asked her all the normal questions that I ask in order to get a good idea if it is structural or not:

Does it leak? How wide is it? Does it go at a great angle or a slight angle? Upstairs are there any windows in that area that are hard to open or close? Is the molding at the miter joints pulled apart? Are there any cracks in he wall? Is the flooring level? The answer to all the questions was no. I told her it is probably just a settlement crack.

She said, I wish I spoke to you sooner. I asked her why.

She had a home inspection and they told her to speak to a structural engineer. She wanted to make sure the house didn't have an issue so she hired one for about $700 or $800 dollars. He wrote up a nice report and at the end of the report, probably to protect themselves from liability, he wrote a statement that said "it depends on how the soils are underneath there if the house is going to settle anymore or not."

This is essentially true, but the house has been there for over 20 years and there have not been any more signs of settling. To protect himself even more he suggested that she talk to a geologist who does boring samples of the soil. After spending $6,000 on a geologist, the geologist report essentially said "it seems to be OK, but we can't say 100% for sure."

When I told her how much it would be under $700 to get the crack repaired she said, "Boy, I wish I had talked to you first. You said exactly what they said and I would have saved almost $7,000".

About two days later I got another structural engineer report from a customer who bought a house, and it said essentially the same thing. I can't say they are ripping people off, they've been hired to do a job. But, as a homeowner, you have options to look at it in a sensible way.

For a second opinion on foundation cracks, contact A1 Foundation Crack Repair.

Damage from the Winter Storms

Foundation needing repair at 25 Perkins Ave. in Hampton Beach New Hampshire. There are two main areas and then touch up needed on the side of the foundation. 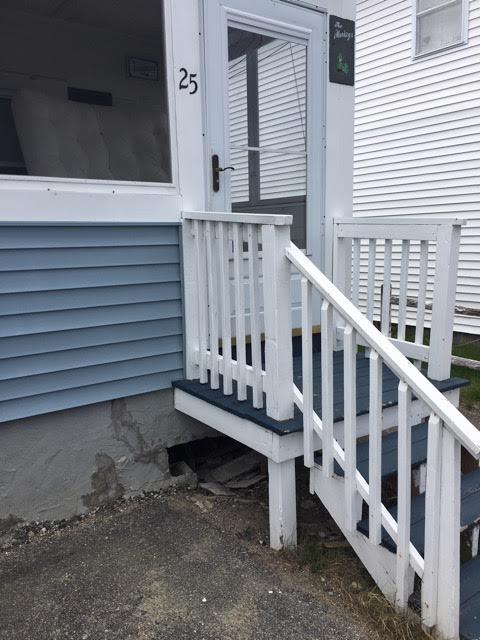 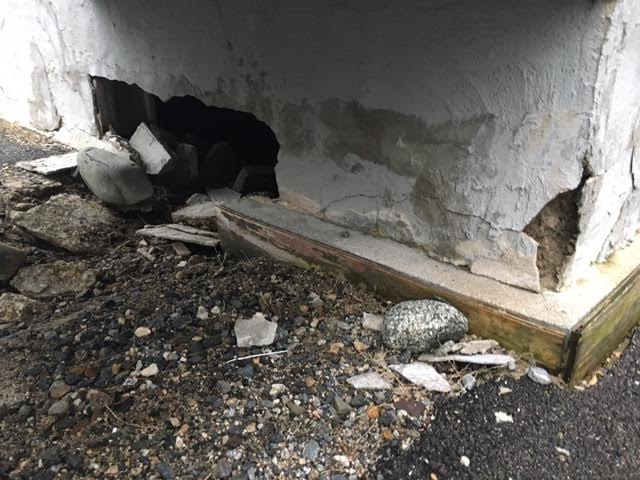 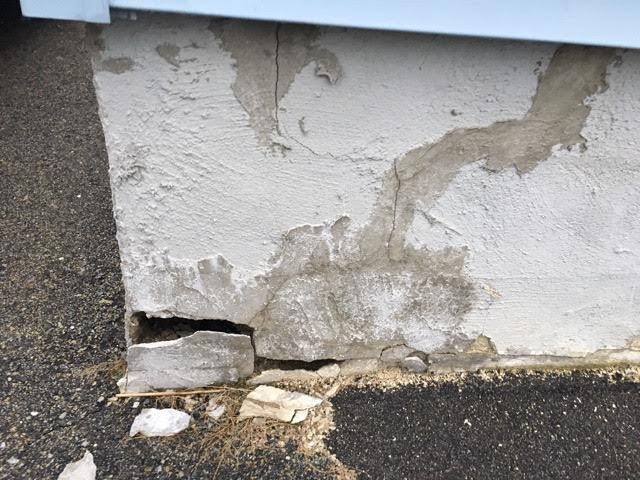 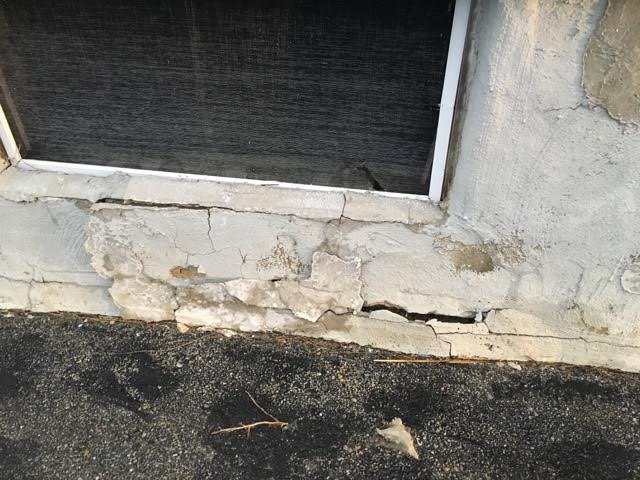 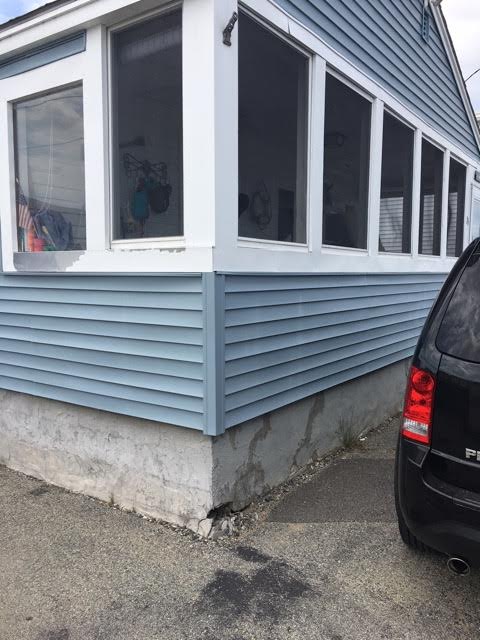 Can Irrigation Systems Cause Water in the Basement?

It's warm outside and people are watering their lawns on a regular basis. Can a rigorous watering cycle cause water in the basement? Well, sometimes it doesn't even have to be rigorous. We have already gotten a couple of calls, one from Dedham and one from Shrewsbury, where people are turning on their irrigation systems, it hadn't rained, and people are calling and saying they have water coming in the basement.

So to answer the question, these sprinkler systems can help you to identify where water is coming in through a basement. One of the first things I asked people who have water coming in the basement when it is dry out is if they have a sprinkler system.

To fix the problem, if it is a crack in the foundation we can do all the work from the inside. Or, a leak in the sewer pipe, we'll drill into the foundation at angles and put ports into the small holes we drill and fill it with closed polymer resin. Or, we will put another material in the crack and then a weave carbon fiber blanket on top of that. Then we can give them a written warrantly against water coming in the basement.

If you need more information on basement waterproofing, contact A1 Foundation Crack Repair.